Happytime teamed up with star emcee host Iki Yeung provides professional emcee services for corporate or brand activities. Iki is good at driving the atmosphere of the event, carefully hosting and arranging all aspects of the event, and even helping to deal with emergencies. Iki has been a star emcee for two consecutive years and has won unanimous trust and recommendation from customers. Iki is sincerely a good helper for corporate activities.

Familiar with the process and provide professional advice

There are audiences, which can easily drive the atmosphere of the scene

The person in charge of corporate or brand activities, seeking professional emcee services

If you need a quotation, please WhatsApp, call or e-mail for inquiries. The above fees include the emcee’s clothing, makeup and transportation costs 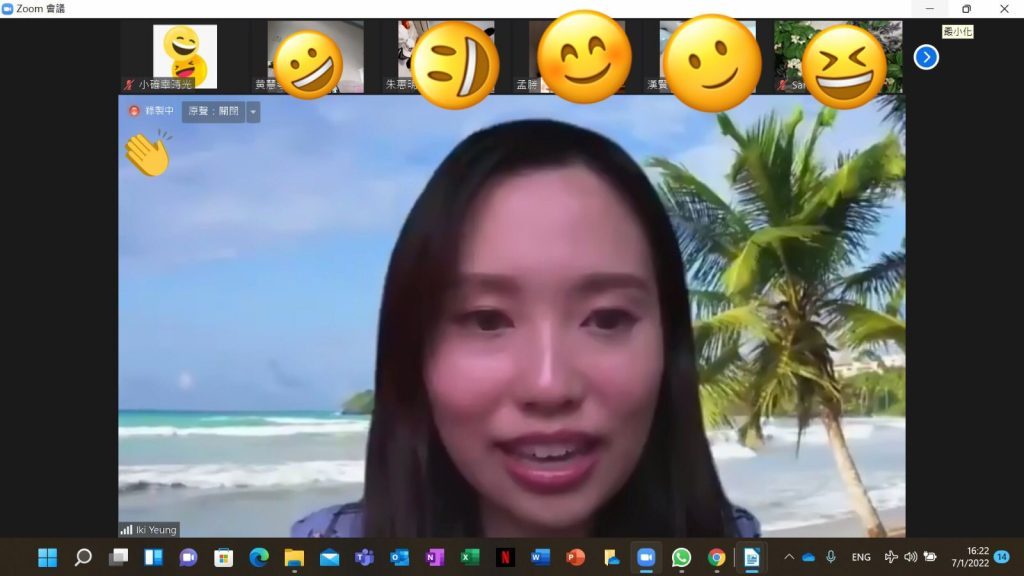 A group of seniors in Tuen Mun are not afraid of the threat of the epidemic, and they can go to court together with peace of mind, because they clearly know how to use zoom to go to court! 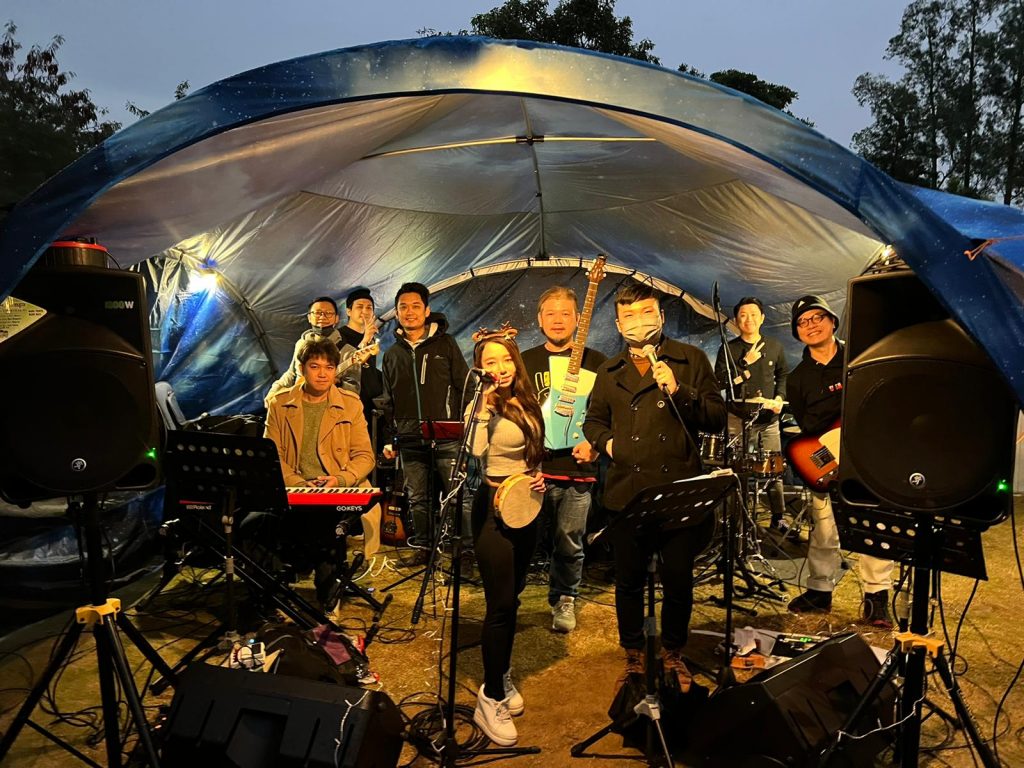 As a professional performer on the stage, in addition to singing and dancing, he/she often needs to serve as a master of ceremonies, leading the audience to participate and creating an atmosphere. Judy Chu is a recent outstanding student in the Happytime Master of Ceremony class, in just 4 lessons. She was very serious and diligent, and was guided step-by-step by teacher Iki Yeung. From the beginning, she was a little scared to speak on stage and could not find a suitable topic. Until recently, she sang and talked in the Christmas performance (even in Under 6 degrees of cold weather), successfully blended with the participants and completed the camping music performance 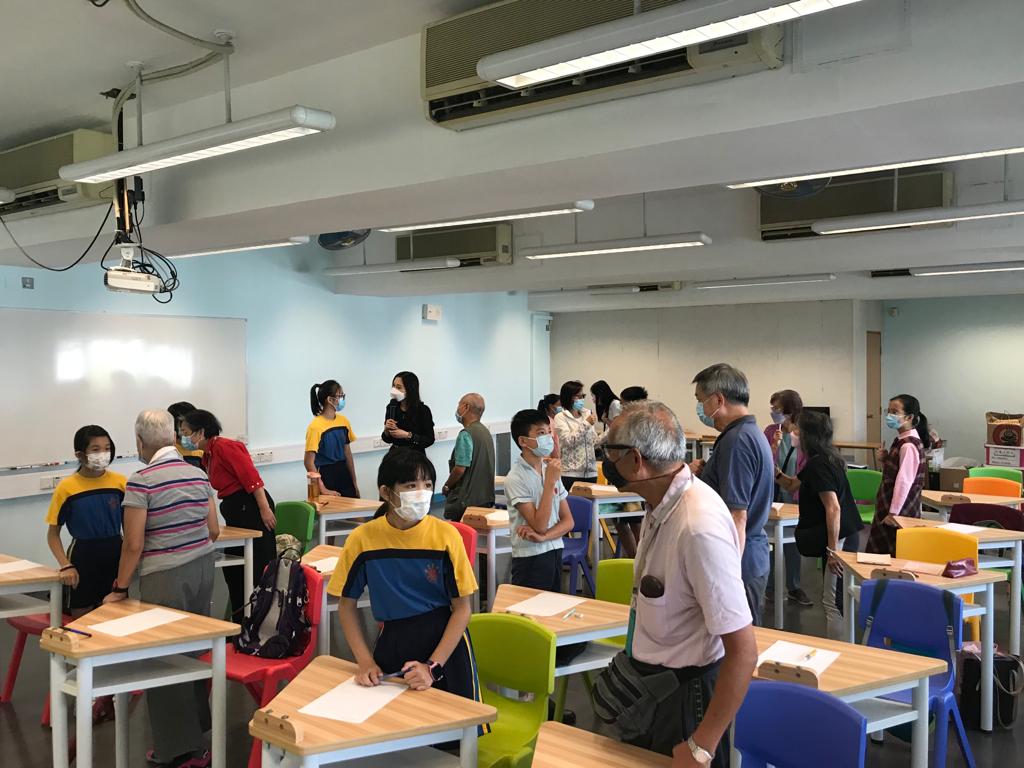 Primary school students and the elderly learn together and make progress together?

The emcee training class co-organized by Happytime and Po Leung Kuk, included a group of 10-15 people consisting of the elderly and children. After the training, the elderly can become a new force in the future community activities and act as the emcee of the activities; primary school students use this training to prepare for the selection interview for secondary school. 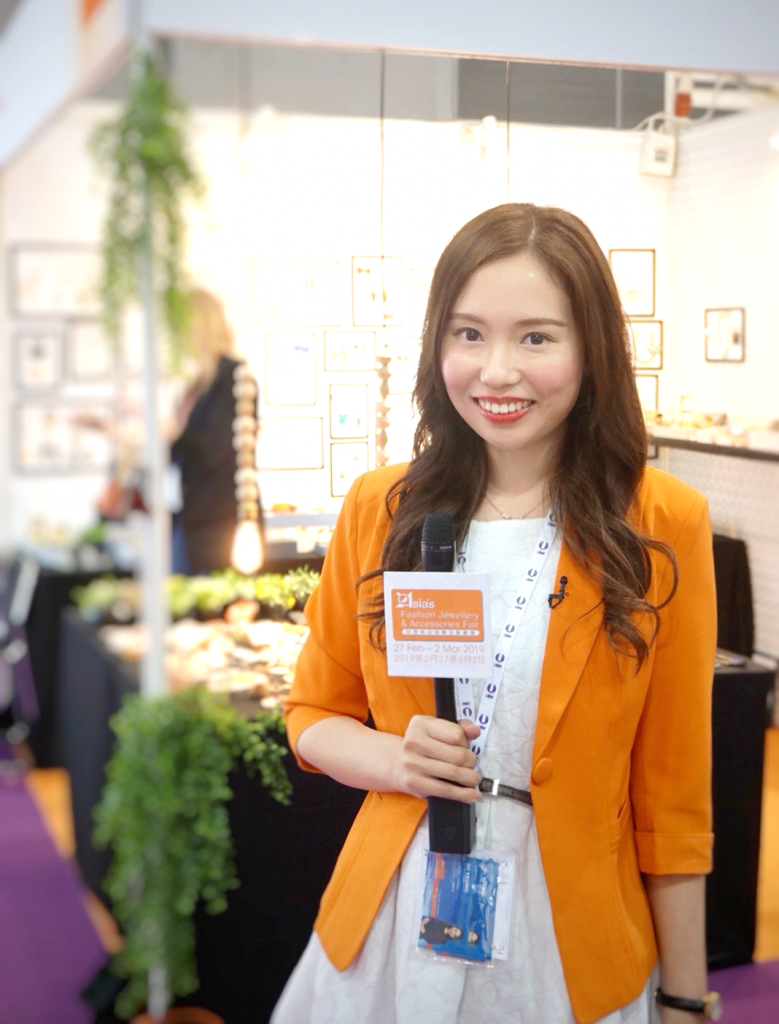 Happytime has joined Star Emcee Iki Yeung to provide professional emcee services for corporate or brand activities. Iki is good at driving the atmosphere of the event, carefully hosting and arranging all aspects of the event, and even helping to deal with emergencies. Iki is proficient in biliteracy and trilingualism including Cantonese, English, Mandarin and basic German. She has been a star emcee for two consecutive years. She has won unanimous trust and recommendation from customers. She is a good helper for corporate activities. 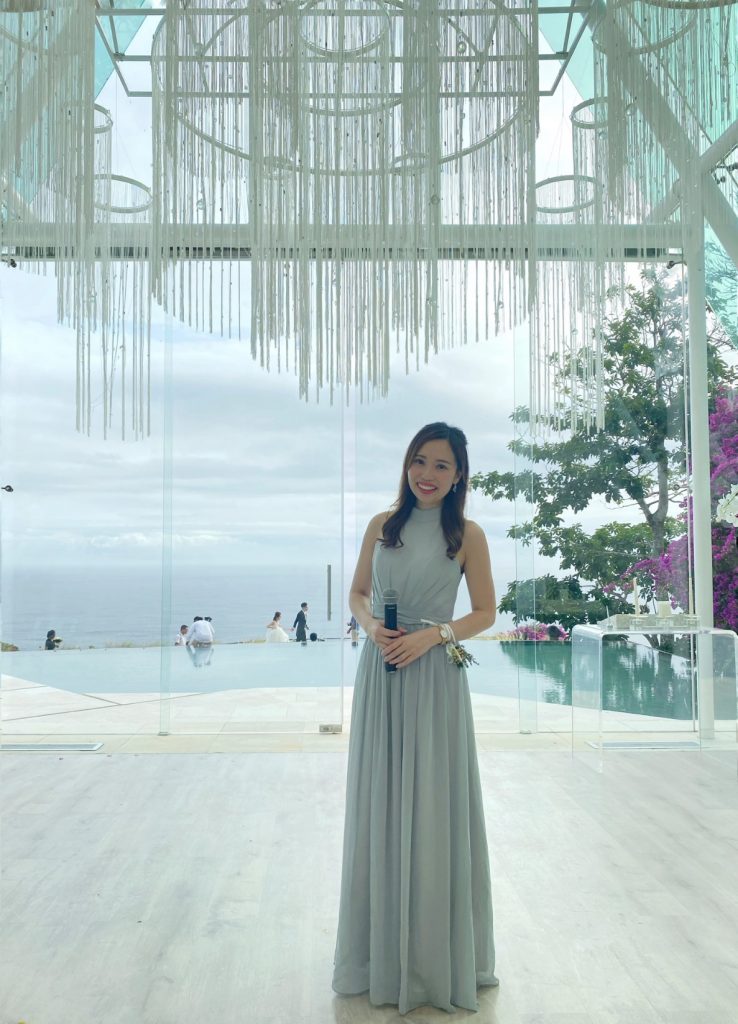 Happytime partnered with the popular wedding emcee Iki Yeung (杨意奇) to provide professional emcee services for the dream wedding banquet of prospective couples. Iki writes unique love story for each couple. Iki is good at driving the banquet atmosphere, presiding and arranging wedding ceremonies and various links, and even helping to deal with emergencies. Iki has been a star emcee for 2 consecutive years, and has been unanimously recommended by customers with full marks. 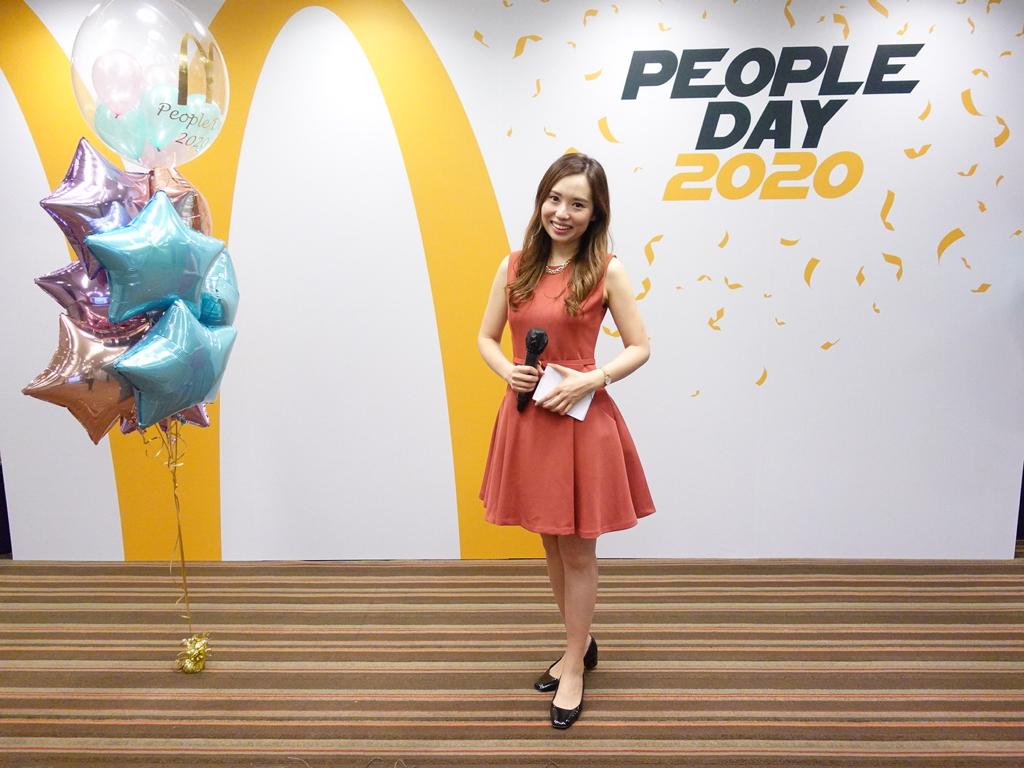 Slash is a punctuation mark, which means "or", "and". Nowadays, many wage earners are full-time freelancers (freelance), and they have to use slashes to distinguish between multiple jobs, so they have become popular nowadays. Slash family (slashie). Have you considered becoming a slash family? The work includes TV program host, event emcee, training instructor, columnist, KOL, etc.

Iki Yeung won the runner-up of the first all-around host contest, the champion of the KOL election contest of the industrial exhibition, the OP Mall's most popular KOL award and the most popular blog of Macau Tourism Bureau. She has received professional emcee training and has been invited by multinational companies and listed groups to serve as emcee, participating in large-scale media conferences, exhibitions, opening ceremonies, awards ceremonies, competitions, conferences, seminars and dinners. Iki is also an internationally recognized makeup artist.

Iki graduated from the alma mater of Prince William, the University of St Andrews in the United Kingdom, and received a master's degree in international business. Iki likes to actively pursue a happy and fulfilling life, and is working hard for the work she likes. 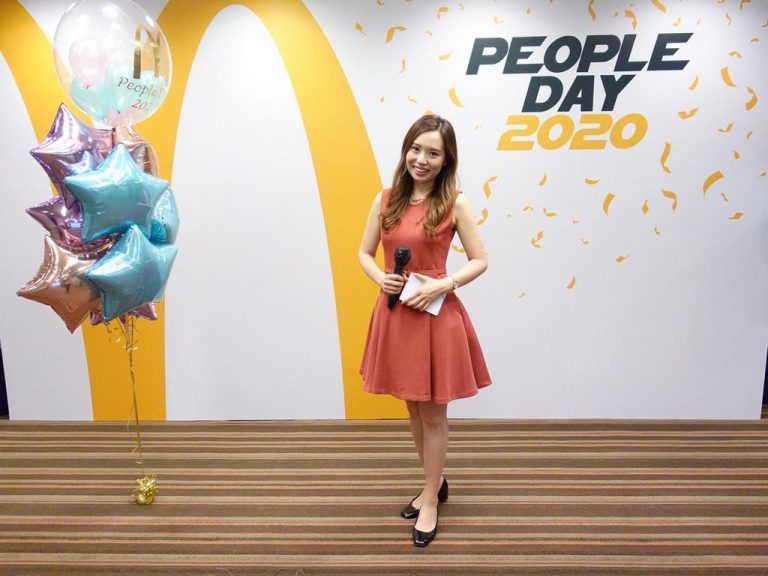 Multi-talented instructor Iki Yeung’s latest flagship course "SHARP Awakening Master of Ceremonies", focuses on teaching practical master of ceremonies training, including pronunciation and word control, handling nervous emotions, writing master of ceremonies, SHARP wake-up tips on stage, and on-site " Secrets of the "Executive"; will also share the experience of serving as the master of ceremonies in online activities, and outstanding students will have more chances to be referred to by work 😃 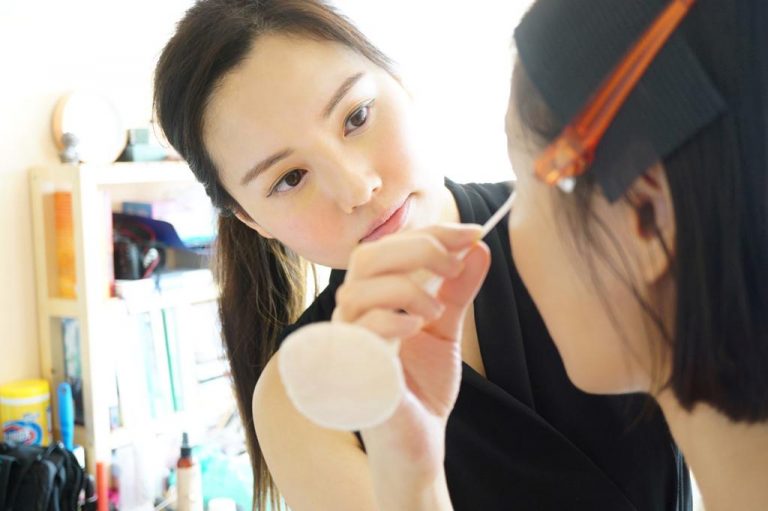 Teach you how to use 15 minutes of makeup time a day to quickly complete a fresh, natural, and spiritual makeup. It will be guided by base makeup, eyebrows, eye makeup, and lip makeup, and will be adjusted according to personal facial features and facial features. Reach the golden ratio. The course will help you improve your self-confidence and give a good impression to your boss, colleagues and work partners.